We had a truly enlightening session with Robert Forte during the Psilocybin Summit. During his talk on psychedelic history, he gave us a book list so generous and wide-reaching, I doubt many of us will be able to read it in this lifetime. Nonetheless, we wanted you to have that list, in case you want to peek at psychedelic history’s underbelly. 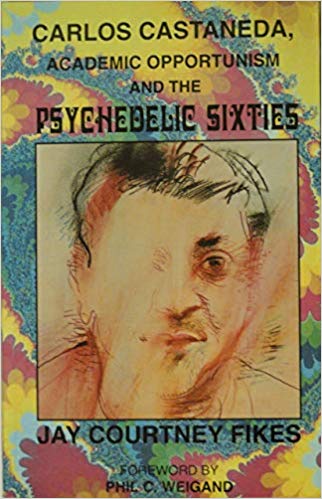 Fikes explores why the fraudelent Casteneda books were so accepted and well loved. 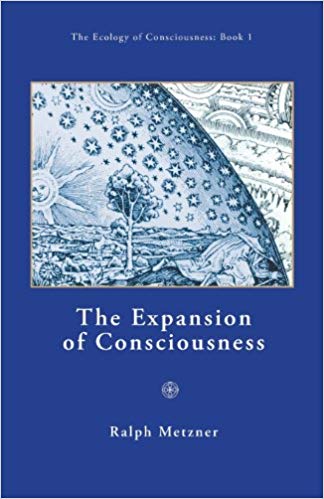 The Expansion of Consciousness by Ralph Metzner 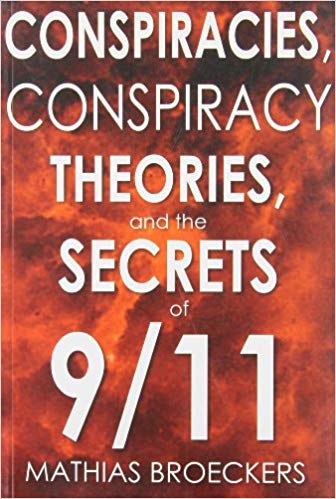 Conspiracies, Conspiracy Theories, and the Secrets of 9/11 by Mathias Broeckers

Mathias Broeckers was working on a book on conspiracies and conspiracy theories when 9/11 hit. Suddenly his study of dusty historical specimens was deluged by an outpouring of ideal research material, live on the screen. Aspiring to find the new science of conspirology, Broeckers doesn’t fear the ‘conspiracy theory’ label. Instead he plunges into a fascinating exploration of the subject of conspiracy itself, before tackling the problems of evidence for two competing narratives: the ‘Bin Laden conspiracy’ theory, and dissident suspicions of a staged ‘inside job’ by conspirators within the government. 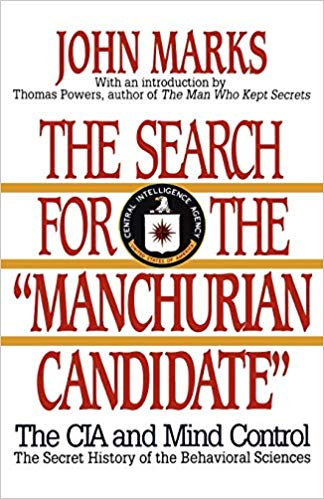 The Search for the “Manchurian Candidate”: The CIA and Mind Control: The Secret History of the Behavioral Sciences by John D. Marks

A ‘Manchurian Candidate’ is an unwitting assassin brainwashed and programmed to kill. In this book, former State Department officer John Marks tells the explosive story of the CIA’s highly secret program of experiments in mind control. His curiosity first aroused by information on a puzzling suicide. Marks worked from thousands of pages of newly released documents as well as interviews and behavioral science studies, producing a book that ‘accomplished what two Senate committees could not’ (Senator Edward Kennedy). 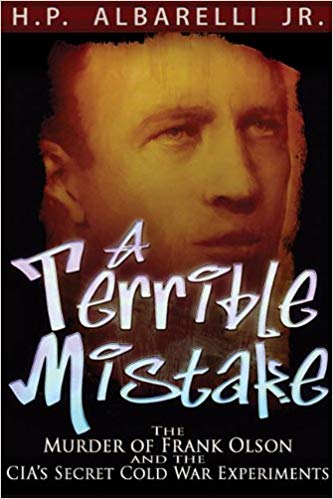 A Terrible Mistake: The Murder of Frank Olson and the CIA’s Secret Cold War Experiments by Albarelli Jr., H. P.

Following nearly a decade of research, this account solves the mysterious death of biochemist Frank Olson, revealing the identities of his murderers in shocking detail. It offers a unique and unprecedented look into the backgrounds of many former CIA, FBI, and Federal Narcotics Bureau officials – including several who oversaw the CIA’s mind-control programs from the 1950s to the 1970s. In retracing these programs, a frequently bizarre and always frightening world is introduced, colored and dominated by many factors – Cold War fears, the secret relationship between the nation’s drug enforcement agencies and the CIA, and the government’s close collaboration with the Mafia. 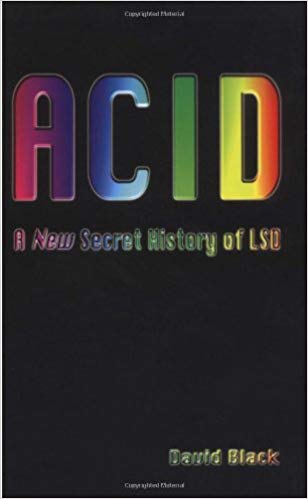 ACID: A New Secret History of LSD by David Black

Acid discovers the explosion of LSD culture in the psychedelic sixties from new and controversial angles. David Black investigates the CIA’s mind control trials using LSD and the people who turned LSD-tripping into a popular recreational pastime, including the entrepreneurs with links to organized crime. David Black unravels an extraordinary story of double-dealing,

intrigue and betrayal as the drug’s proponents became overnight millionaires and officialdom turned a blind eye. 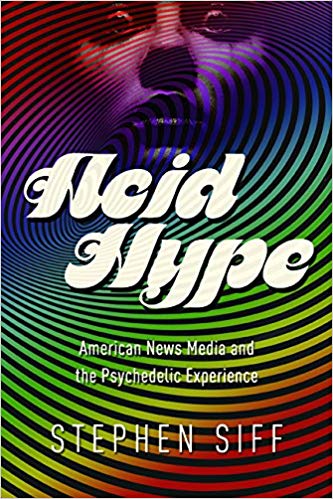 Acid Hype offers the untold tale of LSD’s wild journey from Brylcreem and Ivory soap to incense and peppermints. As Stephen Siff shows, the early attention lavished on the drug by the news media glorified its use in treatments for mental illness but also its status as a mystical–yet legitimate–gateway to exploring the unconscious mind. Siff’s history takes readers to the center of how popular media hyped psychedelic drugs in a constantly shifting legal and social environment, producing an intricate relationship between drugs and media experience that came to define contemporary pop culture. It also traces how the breathless coverage of LSD gave way to a textbook moral panic, transforming yesterday’s refined seeker of truths into an acid casualty splayed out beyond the fringe of polite society. 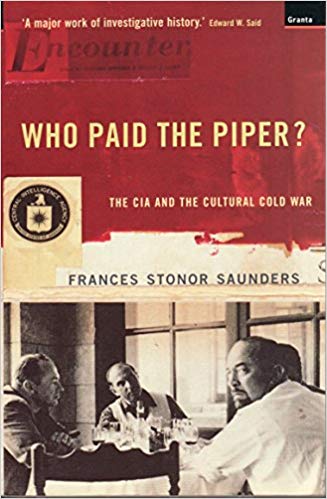 Who Paid the Piper?: CIA and the Cultural Cold War by Frances Stonor Saunders

During the Cold War, writers and artists were faced with a huge challenge. In the Soviet world, they were expected to turn out works that glorified militancy, struggle and relentless optimism. In the West, freedom of expression was vaunted as liberal democracy’s most cherished possession. But such freedom could carry a cost. This book documents the extraordinary energy of a secret campaign in which some of the most vocal exponents of intellectual freedom in the West were instruments – whether they knew it or not, whether they liked it or not – of America’s secret service.

In this feverish tale of a man caught in the balance between two realities, Leo Pertuz offers a mystery of identity and a fable of faith and political fervor, banned by the Nazis when it was first published in 1933. Saint Peter’s Snow is typical of Perutz’s storytelling mastery: extraordinarily rich and elegant fiction that is taut with suspense, full of Old World irony and humor.

The Devil’s Chessboard is really two very different books in one. The first half of the book is a detailed description of the early leadership of the CIA with very specific attention (as stated in the title) to Allen Dulles and the way he ran the CIA in the 1950s and first years of 1960s. Along with the detailed background on Dulles—including tracking his work against Nazi Germany and the early days of the Cold War—we are given profiles of Richard Helms, William Colby, and James J. Angleton, as well as a number of CIA foot soldiers whose work in the Cold War is used to set the stage for the second half of the book. The second half of the book takes the reader past the details of the early Cold War into a world made up entirely of Talbot’s opinions and cherry-picked quotations from government and media documents. 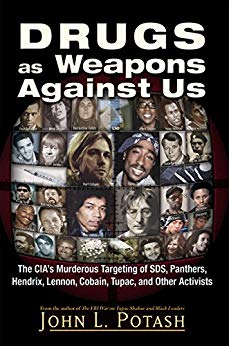 Drugs as Weapons Against Us: The CIA’s Murderous Targeting of SDS, Panthers, Hendrix, Lennon, Cobain, Tupac, and Other Leftists by John L. Potash

Drugs as Weapons Against Us meticulously details how a group of opium-trafficking families came to form an American oligarchy and eventually achieved global dominance. This

oligarchy helped fund the Nazi regime and then saved thousands of Nazis to work with the Central Intelligence Agency. CIA operations such as MK-Ultra pushed LSD and other drugs on leftist leaders and left-leaning populations at home and abroad. Evidence supports that this oligarchy further led the United States into its longest-running wars in the ideal areas for opium crops, while also massively funding wars in areas of coca plant abundance for cocaine production under the guise of a “war on drugs” that is actually the use of drugs as a war on us. Drugs as Weapons Against Us tells how scores of undercover U.S. Intelligence agents used drugs in the targeting of leftist leaders from SDS to the Black Panthers, Young Lords, Latin Kings, and the Occupy Movement. It also tells how they particularly targeted leftist musicians, including John Lennon, Jimi Hendrix, Kurt Cobain, and Tupac Shakur to promote drugs while later murdering them when they started sobering up and taking on more leftist activism. The book further uncovers the evidence that Intelligence agents dosed Paul Robeson with LSD, gave Mick Jagger his first hit of acid, hooked Janis Joplin on amphetamines, as well as manipulating Elvis Presley, Eminem, the Wu Tang Clan, and others. 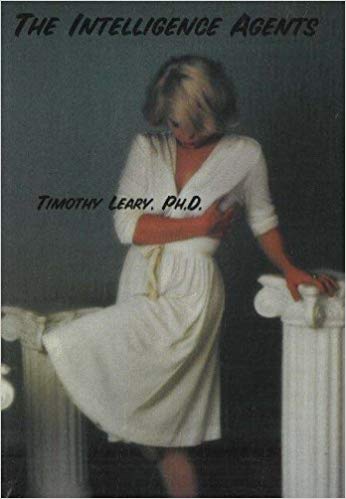 The Intelligence Agents by Timothy Leary

A world-renowned psychologist, a defrocked Harvard professor, a relentless champion of brain-change, a reputed drug guru, a stand-up philosopher, a prisoner of the Nixon administration — Dr Leary has been called “the most dangerous man on the planet”. In “The Intelligence Agents”, Dr Leary presents some of the most important thinkers on the planet today. 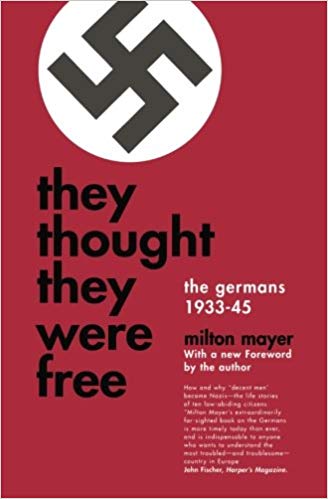 They Thought They Were Free: The Germans, 1933-45 by Milton Mayer

First published in 1955, They Thought They Were Free is an eloquent and provocative examination of the development of fascism in Germany. Mayer’s book is a study of ten Germans and their lives from 1933-45, based on interviews he conducted after the war when he lived in Germany. Mayer had a position as a research professor at the University of Frankfurt and lived in a nearby small Hessian town which he disguised with the name “Kronenberg.” “These ten men were not men of distinction,” Mayer noted, but they had been members of the Nazi Party; Mayer wanted to discover what had made them Nazis. 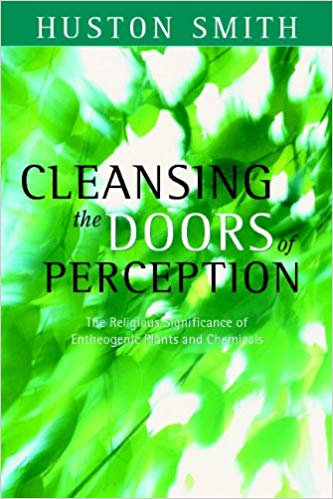 Cleansing the Doors of Perception: The Religious Significance of Entheogenic Plants and Chemicals by Huston Smith

An examination of the link between psychedelic drugs and religious experiences throughout history summarizes the research of the twentieth century and shares the philosophies of such figures as Sigmund Freud and Saul Bellow. 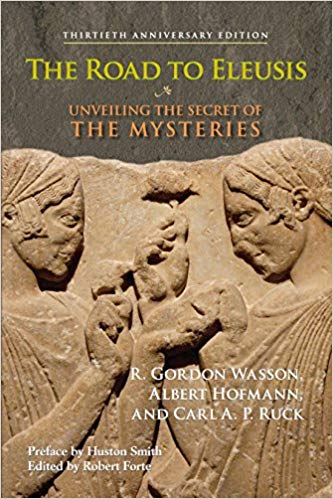 The Road to Eleusis: Unveiling the Secret of the Mysteries by R. Gordon Wasson

The secretive Mysteries conducted at Eleusis in Greece for nearly two millennia have long puzzled scholars with strange accounts of initiates experiencing otherworldly journeys. In this groundbreaking work, three experts—a mycologist, a chemist, and a historian—argue persuasively that the sacred potion given to participants in the course of the ritual contained a psychoactive entheogen. The authors then expand the discussion to show that natural psychedelic agents have been used in spiritual rituals across history and cultures. Although controversial when first published in 1978, the book’s hypothesis has become more widely accepted in recent years, as knowledge of ethnobotany has deepened. The authors have played critical roles in the modern rediscovery of entheogens, and The Road to Eleusis presents an authoritative exposition

of their views. The book’s themes of the universality of experiential religion, the suppression of that knowledge by exploitative forces, and the use of psychedelics to reconcile the human and natural worlds make it a fascinating and timely read. 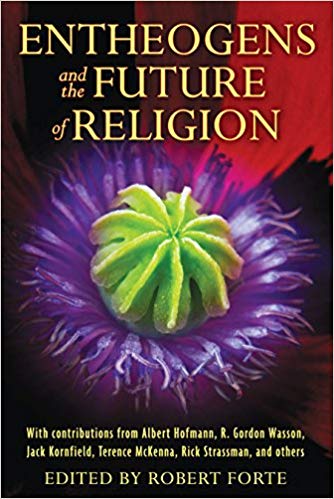 Entheogens and the Future of Religion by Robert Forte

With contributions by Albert Hofmann, Terence McKenna, Ann and Alexander Shulgin, Thomas Riedlinger, Dale Pendell, and Rick Strassman as well as interviews with R. Gordon Wasson and Jack Kornfield, this book explores ancient and modern uses of psychedelic drugs, emphasizing the complementary relationship between science and mystical experience and the importance of psychedelics to the future of religion and society. Revealing the mystical-religious possibilities of substances such as psilocybin mushrooms, mescaline, and LSD, this book exposes the vital need for developing an organized spiritual context for their use in order to fully realize their transformative and sacred value. Stressing the importance of academic and religious freedom, the authors call for a revival of scientific and religious inquiry into entheogens so they may be used safely and legally by those seeking to cultivate spiritual awareness. 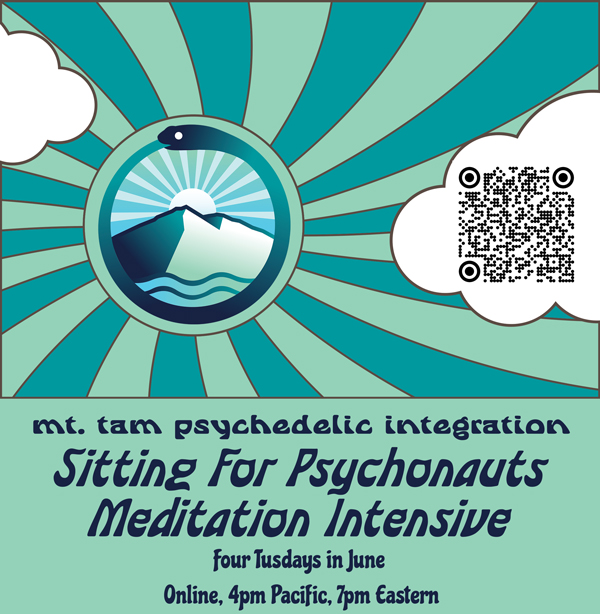