A Conversation about 5meo DMT 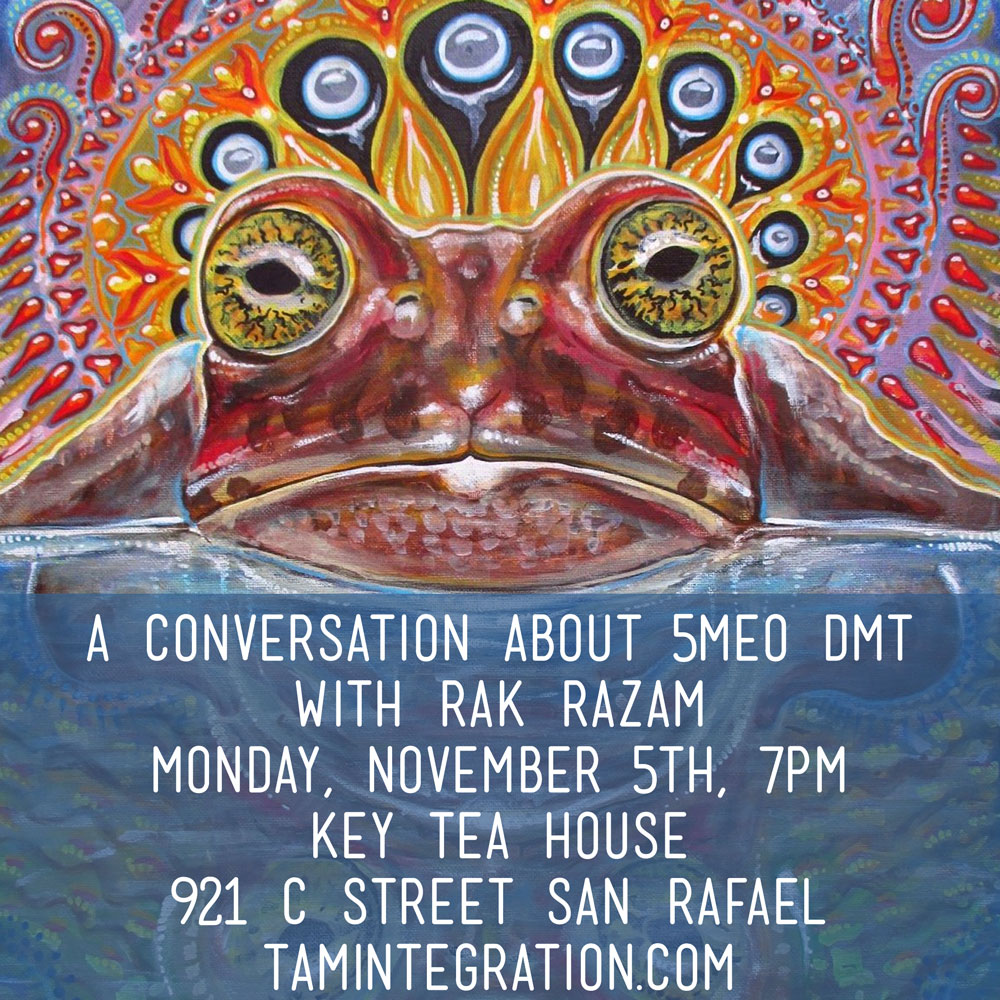 A Conversation about 5meo DMT

Livestream Registration Here – Not a Ticket For Event Attendance, Web Stream Only. Be sure you get the right ticket, our door team is strict.

5meo DMT occurs naturally in humans, and also throughout nature. It is possibly the most powerful entheogenic known. It has the potential to reveal a non dual or unity state comparable to the deep states of realization described by yogis and Vedic seers. This medicine is still relatively new to modern understanding, and science regarding it’s potential is still in its infancy. We’ll talk to Rak Razam about both scientific and spiritual aspects of this miraculous substance.

Rak Razam is a writer and producer of shamanic media and has been working in Mexico with the Bufo Alvarius toad medicine containing 5MeO DMT for three years. He organized the recent World Bufo Alvarius Congress and is a commentator on the rapid growth of 5MeO medicine and culture worldwide.

Tickets are not refundable. Ticket to the event does not include access to the livestream. Livestream and in person attendance are not transferable. Please make sure you buy the correct ticket.