A Conversation about Psychedelic Emergence(y) 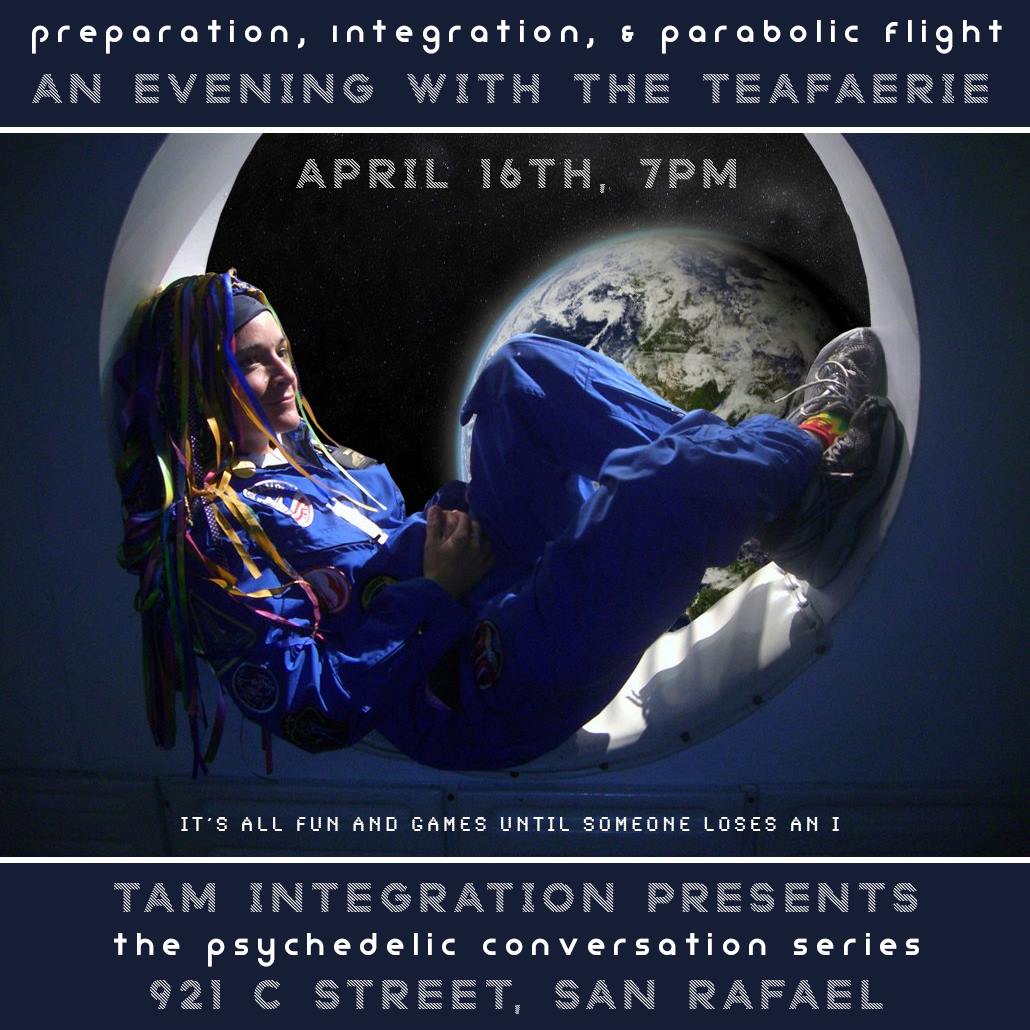 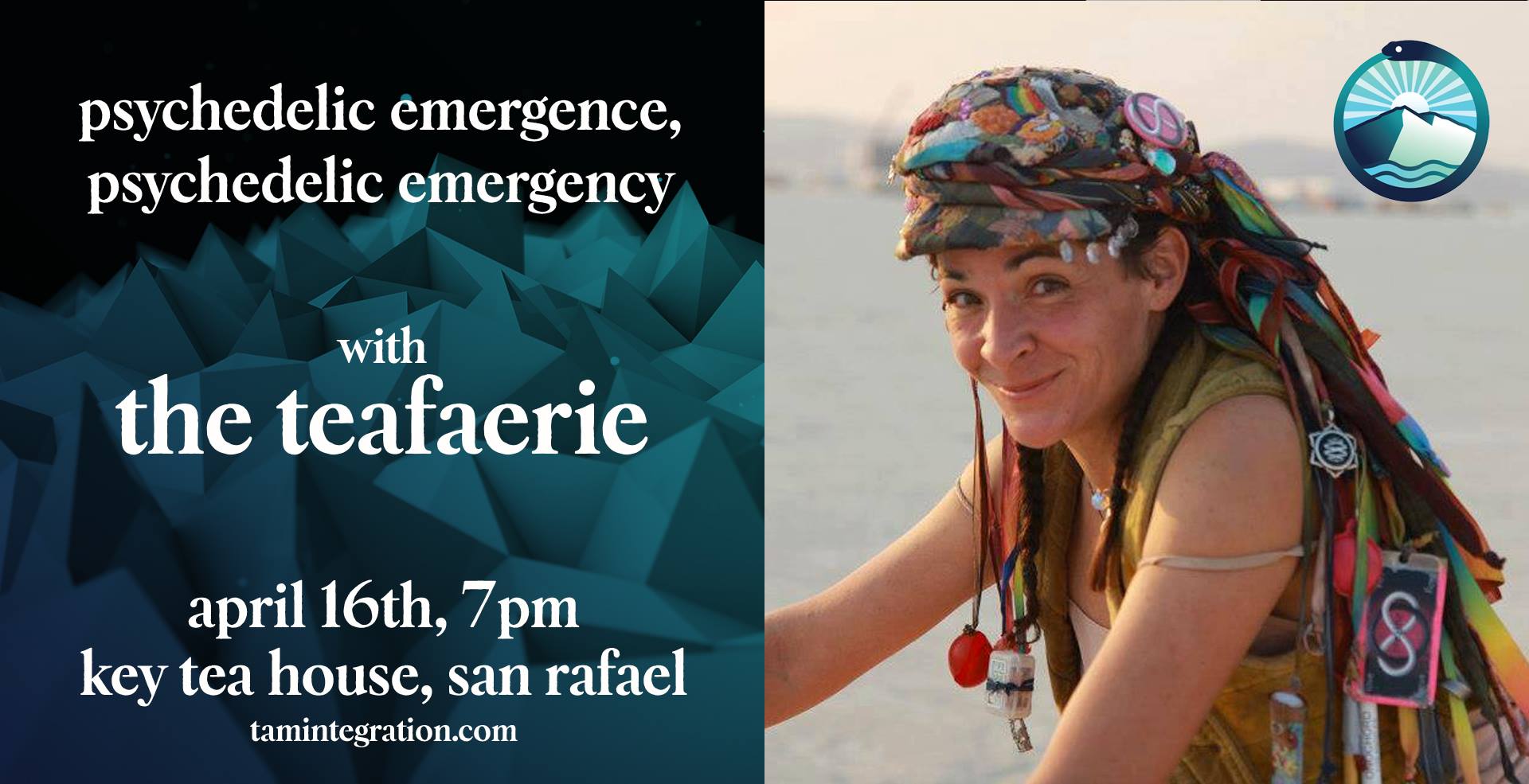 Lets Spend an Evening Chatting with The Teafaerie

Join us for a night of psychedelic celebration, a pre-Bicycle Day satsang with everybody’s favorite psychedelic superhero, The Tea Faerie! Discover the shamanic art of storytelling with this electric Rue Spieler spinning tales of delight and wonder that nourish the roots of the Psychedelic Renaissance and the true potential of connecting to our multi-dimensional world! Hear her explorations across time and 5-Meo-space playing the Game and Mapping the Source code of all Creation! Rediscover your own superhero and come in costume for this comm-unity extravaganza celebrating our culture and our best and brightest Star Dancer as she paints a vision worth playing for! Come One, come ALL, a night of magick and myth, with the Tea Faerie and special guests… and YOU!

She also sometimes talks about herself in the third person.

I write a regular column for Erowid called “Teatime – Psychedelic Musings From the Center of the Universe.”

I consider myself to be a sort of an independent field researcher. I’ve been hard at it in a nearly obsessional fashion since the early 90’s. I’ve tripped way more times than I can count. And I’ve sat in as ground control/witness/psychedelic voyeur for a very large number of expeditions over the years. (200 is a comfortably low estimate for both of the above.) I’ve attended a wide range of festivals, raves, concerts, parties, conferences, and ceremonies. I’ve spent over a year at the Rainbow Gathering if you add it all up. And almost 8 months on the Playa. I often work sanctuary/green dot/teahouse/chill tent/wherever lost trippers get brought at these things, either officially or (more often) as a roving volunteer who thinks that she’s got some sort of a sacred mission. I’ve been to the Amazon a few times. Plus I’ve literally read thousands of trip reports. And probably close to a hundred books on the topic. And I’m constantly poking around for articles on the Internet.

And I STILL feel like I don’t have any answers.

But I think that I’m finally starting to ask some of the right questions. <3