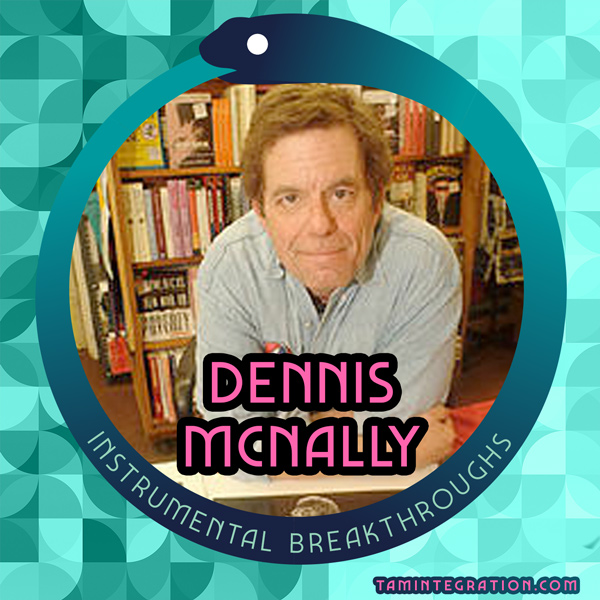 Psychedelics, Music, and Art go hand in hand. So many of us are moved to express our insights and visions through our creativity. Join Daniel of Tam Integration as he talks to a wide variety of masterful creatives about how their magical flights of fancy have inspired their art.

BIO
Dennis McNally was born in 1949 at Ft. Meade, Maryland, the son of a U.S. Army counter-intelligence operative. He attended 21 schools across many states and several countries, eventually graduating from high school in Maine and undergraduate school at St. Lawrence University in Canton, NY in 1971. He received his Ph.D. in American History from the University of Massachusetts at Amherst in 1977 for a biography of Jack Kerouac which was published by Random House in 1979 under the title Desolate Angel: Jack Kerouac, the Beat Generation, and America.
He settled in San Francisco, and after a period of freelance journalism (for the San Francisco Chronicle’s California Living and the Berkeley Monthly, among others) and odd jobs, he became archivist for Bill Graham Presents in 1983. In the year he worked there he established the BGP Archives. Having been selected as the Grateful Dead’s authorized biographer in 1980, he became the band’s publicist in 1984, and continued in those duties for Grateful Dead Productions until its dissolution in 2004. From 1984 to 1995, he toured with the band, in the process working on its behalf at the United Nations, the White House, and Congress.
In 2002 he published his long-awaited history of the band, A Long Strange Trip/The Inside History of the Grateful Dead with Broadway Books, a division of Random House. It achieved the New York Times best-seller list.
Since the closure of Grateful Dead Productions, he has worked as a freelance music publicist with clients that have included Bob Weir & RatDog, the Jerry Garcia Estate LLC, David Lindley, Little Feat, the Subdudes, and a wide variety of other music business clients, including the Sonoma Jazz Festival, Rhino Records (for whose “Golden Road” package he received a Grammy nomination for liner notes), and many others.
He recently completed his third book, On Highway 61/Black Music, Freedom, and America, a study of what white people have learned from black music in America from the minstrel era to Bob Dylan. It was published by Counterpoint Press in October, 2014.

If you feel moved, please support the show